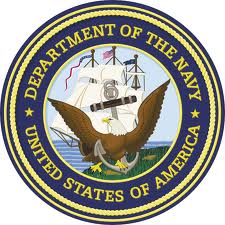 Glennis Evon "Glen" Anderson, born October 4, 1952 to Lewis Wiley Anderson Sr. and Louise Marieah Anderson (Peaks) passed away peacefully on April 4, 2020. Born in Ingram Branch, West Virginia, Glen graduated from Whitehall Yearling High School as a star basketball player in 1972. He enlisted in the US Navy serving on the USS Newport News for most of his commission after which he married his high school sweetheart Deborah in 1976. As a proud Vietnam Veteran, he later continued his service on his prized Harley Trike as an Honor Guard member of the American Legion in Chillicothe. A graduate of Eastland Vocational School and journeyman Electrician by trade, Glen excelled in his craft and was always willing to lend a helping hand for family hanging ceiling fans, changing electrical outlets, or any other projects his gifted hands could handle most often for the price of a home-cooked meal, and great conversation. Glen enjoyed country living in southern Ohio until he fell ill from a massive stroke in 2016. He accepted Christ at an early age while attending Ebenezer Baptist Church in Columbus, Ohio and faithfully extended his joyful spirit to all he touched. In retirement, he took pride in serving on the Anderson/Peaks Family Reunion Committee and was known for his warm smile and ornery joke telling. Affectionately known as Daddy-O, Daddy, Popps, PawPaw, Brother Glen, and Glennie he is survived by his children Shanel and Maurice Anderson, Corey Anderson, grandsons Marshaun and Kameren Garrett, "Anderson Brothers" Lewis, Billy Gene (Sandy), Tim (Rocky), and Terry, beloved great aunts and uncles, many dear nieces, nephews, cousins, extended family, friends, and anyone last named Peaks! The family would like to extend a special thank you to dear neighbors Gary & Doris Roberts of Chillicothe, OH, the Physicians at Ohio Health Riverside Neurology & Neurosurgery Departments (notably Dr. Fleming) as well as the staff at Mill Run Gardens Care Center and Ohio Health Hospice. Arrangements will be handled by Shaw Davis Funeral Home. Glen will be laid to rest at Greenlawn Cemetery and a Celebration of life will be held at a later date.

To send flowers to the family or plant a tree in memory of Glennis Evon Anderson, please visit our floral store.

You can still show your support by sending flowers directly to the family, or by planting a memorial tree in the memory of Glennis Evon Anderson
Share a memory
© 2020 Shaw - Davis Funeral Homes. All Rights Reserved.