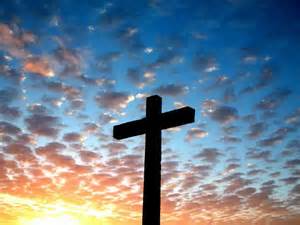 Grace Ajemian-Kishishian 91, passed away on October 15, 2020 at Lewis Center, Ohio. She was the wife of John Kishishian, mother of Virginia, Linda, Gloria, Michael and John, mother-in-law of Mark Detwiler and Vahe Manoukian, and grandmother of Christian, Nicholas & Alyssa. She was married to her beloved husband John for 56 years.

Grace was born in Shimlan, Lebanon on August 27, 1929 to Nerses and Oghig Ajemian. Her mother contracted tuberculosis when Grace was young and died in 1934. Thereafter, Grace was raised by her paternal grandmother until 1939, when her father remarried. Her stepmother Anaguel was a wonderful woman who lovingly cared for her, and eventually gave birth to three children, Margaret (1940), Ruth (1941) and Hovsia (1944). Grace attended Melkonian Educational Institute in Cyprus for five years and after she graduated, she began teaching at Nor Marash Evangelical School in Lebanon. She taught Math, Armenian, Music Theory, and also conducted the choir. After teaching for two years, Grace was encouraged to go to nursing school. She studied nursing at the American University of Beirut, graduated in 1955, and then began working at AUB Hospital.

In 1962, Grace emigrated to the United States and began working at Bethesda Hospital in Chicago, Illinois. While in Chicago, she was introduced to John Kishishian (from New York), at the recommendation of one of his relatives. After a brief courtship, they were married in New York on November22,1963. They lived in Riverdale, New York for a short time before moving to Staten Island. They had five children; Virginia (1964-2011), Linda (1966), Gloria (1967), Michael (1968), and John (1972).

Grace worked as a registered nurse at The Staten Island Hospital for 14 years. The family relocated to Westerville, Ohio in August 1983 and Grace began working in the Neonatal Intensive Care Unit (NICU) at Grant Medical Center. She worked full time for 9 years, and then retired in 1992.

Grace was a godly wife and mother and a committed follower of Christ. She was bold and courageous when it came to speaking about her faith, and felt a burden to share the gospel with everyone she came into contact with. She lived out her faith by praying and spending time in God’s word daily. She was patient, loving, caring, respectful, and humble. She had a servant heart, and never turned down an opportunity to help someone in need. She lived her life with integrity and was a strong role model for her children. One of Grace’s greatest joys in life was spending time with her family. She also enjoyed traveling, camping, playing the piano, reading, scrapbooking, sewing and cooking.

My siblings and I are so honored and privileged to have had her as our mother. She was the best mother anyone could wish for, and her death is a tremendous loss to our family. Her memory will live on in our hearts and minds forever. My angel mother, you are loved beyond words and missed beyond measure. Until we meet again...

To send flowers to the family or plant a tree in memory of Grace Kishishian, please visit our floral store.

This event will be live-streamed

Graveside Service
Tuesday
October 20, 2020
1:05 PM
Blendon Central Cemetery
6330 S Hempstead Road
Westerville, OH 43081
Please note
Please wear a mask for entry to the Linworth Baptist Church for visitation and the funeral service. As well to those attending the graveside at Blendon Cemetery Cemetery in Westerville, Ohio. The funeral service will be live stream through to separate links of your choice. Shaw-Davis Funeral Homes Facebook Page; https://www.facebook.com/shawdavisfuneralhomes/ or through our livestream account; https://livestream.com/shaw-davis/gracekishishian
Share a memory
© 2020 Shaw - Davis Funeral Homes. All Rights Reserved. | Terms of Use | Privacy Policy